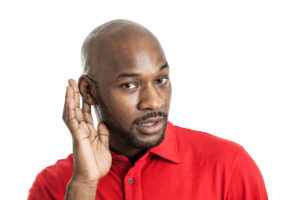 What are the world and the people in it trying to tell you?

If you feel lost, it might be time to listen. up.

When I was in the midst of my own career transition, I didn’t know what I wanted to do, or even that it would involve a career change, but I did know some sort of change was on the horizon.

And that, in and of itself, was scary as hell. Not knowing what that change would be made it even scarier.

As I was trying to figure it all out, inventing my own transition, cobbling together an outline so that I could write my own mysterious next chapter, I didn’t feel like I had a roadmap at all.

But I did have a binder.

This was the home for all of my figuring it out. Where all my musings and thoughts and sparks of ideas and to-dos lived. I filled page after loose-leaf page in that binder. It was my anchor and my buoy at a time I felt totally lost and drifting.

One day, in a mix of confusion and excitement, I flipped through my binder to explain it to a friend and mentor. She looked at the binder, looked at me, and said, “Did you ever think about coaching?”

Okay, you guys. I’m going to be honest. My response was no! Because I didn’t really know anything about coaching, and I thought it was all woo-woo crystals and purple and energy.

(What’s funny is that months later, in my first day of training, I had a huge bonding conversation with a now dear friend and colleague about this, who described herself as “really woo-woo and into crystals.” We were fast friends. And let me be clear—I love and respect my woo-woo friends and colleagues.)

So my mentor’s coaching suggestion was dismissed and temporarily forgotten.

A few weeks later, someone else—someone from a totally different part of my world—asked me the same question:

“Have you ever considered being a coach?”

She was met with the same response. “Nope.”

And I went on about my overwhelmed, confused, freaked out way.

I researched. I soul-searched. I talked to people in different fields. I filled up my binder with page after page of questions and ideas and explorations.

And a couple of months later, looking at my notebook, the first friend opined, in a perfect blend of certainty and non-pushiness, “I know you already discounted this, but I really think coaching. I’m just saying.”

That night I went home and typed—eyes still rolling a bit–“what is professional coaching?” into Google.

I clicked on a few of the links and read them.

“I get why she said I should look at this.”

I thank that friend, and god, the universe, whatever forces that be, every day, that she spoke up twice.

Because if she hadn’t, I might never have listened. And I might not have found my calling nearly as quickly.

I thank myself every day that I listened.

What does this have to do with you?

If you’re in transition, trying to figure it out:

What is the world telling you?

It takes soooooo much courage to listen.

Especially when listening means doing something really brave, or taking a big leap into the unknown.

Especially when listening means questioning an aspect of your identity that you’ve always held sacred, or doing something counter to what “people like you” do.

But the rewards of listening are massive.

An important note here: feedback is always yours to decide what to do with. My point is not that you should just do whatever your friends or family tell you you should do.

On the contrary, I’m a firm believer that YOU have your own answers, even if they haven’t shown up for you yet. YOU are the person best equipped to decide.

But if you are open, you may start to notice clues that lead you to options you would never have imagined for yourself.

You may get permission to check out a path you wouldn’t have dared to consider.

When you follow your nose, your ears, your eyes, your head, your heart, and your gut all at once, you can find your way to a pretty fantastic place.

Here’s the thing, though:

The messages are easy to miss.

Sometimes you need to hear something a few times before it registers.