A couple weeks ago, I broke one of my favorite mugs.

There are a million and a half metaphors here, but today I’m writing about three literal instances of breaking things, and what they can teach us about some common, but destructive, relationship behavior.

My best friend gave me this mug over a decade ago, for my first year as a school teacher.

Every single school day for nine years, that mug held the tea and coffee that helped to power me. On hard days, reading the mug gave me a little boost.

Don’t worry—I’m not throwing myself a pity party.

But I AM going to tell you about a pity party I threw a long time ago. And I bet you’ve thrown the same party. 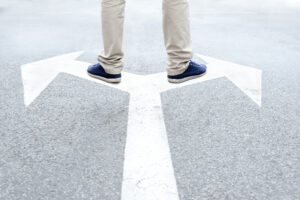 Moving on can be really scary.

When I was in the process of making my own huge career leap, a song I hadn’t thought about in years suddenly came into my head one morning (a Sunday morning, as it happened!).

No coincidence—this was right at the no-turning-back-now time when I needed to hear the message of the song most.

The song was “Move On,” from Stephen Sondheim’s musical Sunday in the Park with George.

In the song, George, an artist, is totally stuck because he feels he has nothing new to add to the world; nothing to say that hasn’t been said.

Then Dot, his ex, shows up to talk to him.

It’s complicated and involves what I’ll describe for brevity’s sake as time travel. I won’t go into a thorough explanation of all the plot points that lead to this song—that’s all you really need to know.

Through this song, Dot gives George a powerful pep-talk-kick-in-the-ass combo based on her own bold leap into change.

Even if you’re not into musicals, “Move On” is a perfect career change anthem. …

When I work with people who have decided to make a major change in their relationships or careers, one of the most common themes I hear is regret about having waited until now:

“I knew things weren’t going well. Why didn’t I end it sooner?”
“I wasted so much time.”
“I could have been over this and moving on a year ago, but instead I stayed stuck.”
“All those years and nothing to show for it.”
“I lost x months/years of my life.”
“I knew in my heart it was time to go…but I stayed for years.”
“All my friends told me I should leave, but I didn’t listen.”
“If only…I just wish…Why couldn’t I have…”

Today I want to teach you a 6-step process that will help you banish the guilt and self-punishing and help you turn that “doomed” relationship or “dead-end” job into one of the best things that ever happened to you—even after the fact. …

Stayer’s Guilt: Why Didn’t I End the Relationship, Leave That Job, or Make That Move Sooner?Read More »

If you’re in a no-contact reboot period (something I highly recommend for many breakup situations), there are going to be times when it is really hard not to pick up that phone or send that email.

There will also be times when it feels impossible to stop that vicious spin cycle of toxic thoughts in your head.

Print out this list and keep it on your bedside table, desk, or fridge until you are through your breakup. That way, when you find yourself:

or just lying in a lethargic lump on your couch, replaying the same conversations over and over in your head,

…all you have to do is pick up the list and choose something. Make yourself just do it. If the toxic breakup gremlin tries to pull you back into inaction or unwanted action, say, “Thank you for inviting me, but I’m busy right now.” …

How to Break out of Your Breakup Rut (Or: 15 Things to Do Instead When You Really, Really Want to Call Him/Her)Read More »

As a coach, I believe wholeheartedly in the grey areas—of life, and of relationships.

Few things are black and white.

There are so many negotiables.

We choose to honor certain values over others. We decide that there is enough “right” to make it worth accepting or working on the “wrong.”

Yes—when it comes to differences, conflicts, and incompatibilities in a relationship, there is a lot you can work with.

There’s room for give and take.

There’s a place for reevaluating what you thought you needed, and being flexible enough to accept someone as they are and make the relationship work.

But there is one fundamental quality that your partner MUST have, and it’s so important that I’m willing to put a stake in the ground for it. So important, in fact, that I’ve named it the Golden Dealbreaker. It will not steer you wrong. Here it is:

The Golden Dealbreaker: The No Exceptions, Bottom-Line, Non-Negotiable Reason to Accept Your Breakup and Walk AwayRead More » 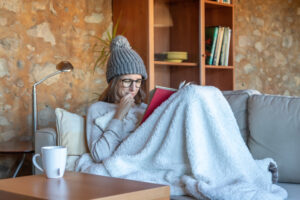 When you’re hurting from a breakup, and exhausted with spending so much time sifting through the mess and emotional wreckage in your own head and heart, turning to an old or new literary friend can be just the medicine you need.

Diving into a good book helps you change your mental scenery and pulls you out of your doldrums (at least for an hour or two).

When you see romantic adventures and misadventures through a character’s eyes, you connect with the universal joys and pains of being a human in (or out) of love. You feel less alone.

In other words, getting lost in a good book can help you feel found.

Today, I’m sharing with you the books I turn to when I need to get away and to remember I’m not alone. …

Heart Medicine: Books to Immerse Yourself in after a BreakupRead More » 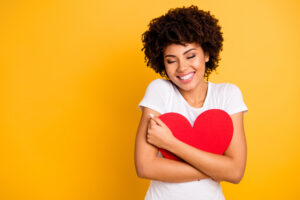 Whether you’re reeling from a recent breakup or happily single, February 14th can be a tricky day to navigate when you’re flying solo.

For the weeks leading up to Valentine’s Day, we’re bashed over the head with messages of coupledom. It’s only natural to want to be able to join in on the lovefest.

This Valentine’s Day, I challenge you to love yourself most of all.

On the day of luuuuuv, here are 7 things for you to do for that special someone (I’m talking about YOU). …

Be Yours: 7 Ways to Love Yourself and Be Your Own Valentine This Valentine’s DayRead More »

This is an article for grownups—but it begins with a little story about children.

At the beginning of my first career, when I was a new teacher, I thought it was my job to fix the problems my students brought to me.

If I couldn’t solve the problem, I thought, it meant I was failing. Failing the kids, failing their parents, failing myself.

Saying Yes to Your PainRead More »